In the second half of February 2020, ten robotic teams gathered at the nearly-built but unfinished nuclear power plant near Elma, Washington. The robots were sent into the underground maze of the huge concrete-steel in a quest to find and locate predetermined 20 artifacts. Researchers, graduate and undergraduate students of Departments of Cybernetics and Computer Science paired with NORLAB, University Laval in team CTU-CRAS-NORLAB, and won the competition among the self-funded teams and scored 3rd overall, surpassing three out of five teams which were directly funded by DARPA.
Congratulations! 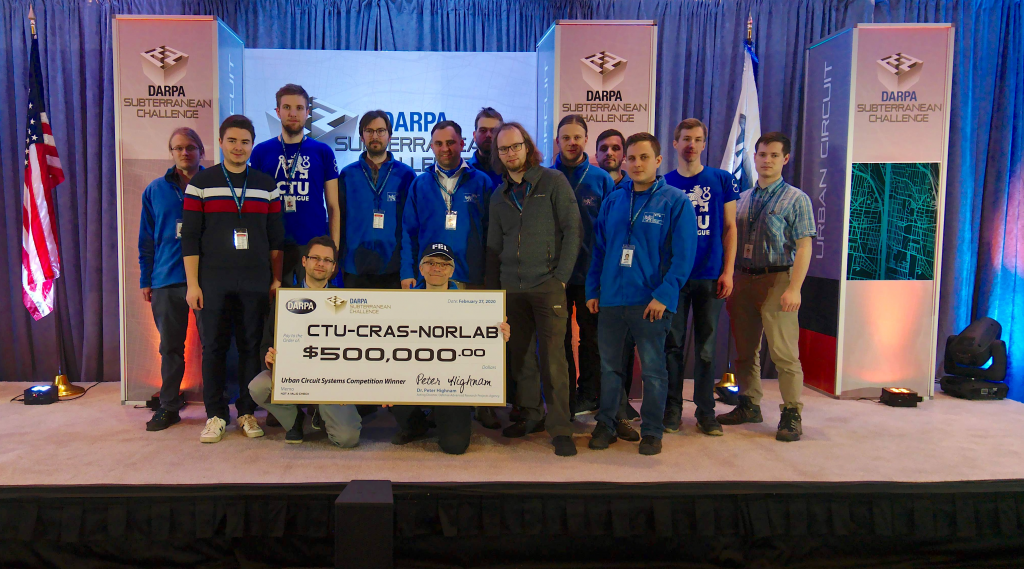 Tomáš Svoboda, co-lead of the CTU-CRAS-NORLAB team and the chair of Department of Cybernetics commented on the challenges we encountered during the competition: “The limited-time for making the robots ready and for the search and locate mission itself is an important feature of the competition. Plainly speaking, the robots have to work at the first launch. No time for tweaking, repeating actions, fixing bugs. The task is very complex and calls for flawless cooperation of many hardware and software components. Robustly balanced hardware and software components are on the main strength of our CTU-CRAS-NORLAB team. The competition requirements go intentionally beyond the current state of the art. DARPA SubT stimulates developments and opens new research questions in multi-robot cooperative exploration. It is also a great opportunity for undergraduate and graduate students. They will become a new generation of roboticists. Working with smart students has been a great experience for me.” 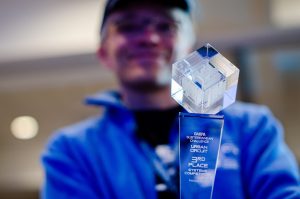 Tomáš Rouček, student of Cybernetics and Robotics master program adds:
“I never dreamed about having a chance of participating at such an amazing event as the DARPA Robotics Grand Challenge. My personal biggest challenge was the need for reacting to new requirements, coding solutions and integrating them into a complex multi-robot system. It helped me to master agile development methods.”