Employees and students of our department participated under the company profile “CTU in Prague” in this year’s national challenge, which took place from 1 to 31 May and motivated to travel by bike, scooter, on foot or at a trot. Teams of two to five employees and students recorded the kilometres they cycled, ran or walked in the system throughout the month. The participants of the challenge thus contributed to the development of the city and the movement around it through their recorded routes from the apps, which will have an impact on the development of safe and comfortable urban (cycling) transport.

The best from CTU was the team called “Cyborgs”, whose members Martin Pecka, Miroslava Husáková, Jonáš Šerých, Denys Rozumnyi and Tomáš Jeníček recorded a total of 1121 km in May. The second place went to the team “Pohodáři2” with 1114 km and the third place to the team “MRS” with 982 km.

A total of 58 employees and students from CTU participated in the challenge, forming 15 teams and together they rode, ran and walked 8282 km.

The successful teams were rewarded with a gift package from the CTU in Prague.
Congratulations! 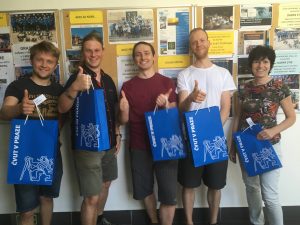 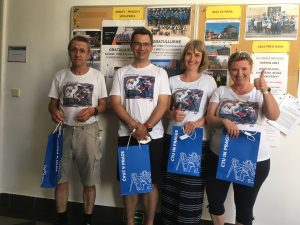 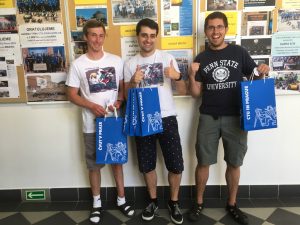