Our robots in CT24 studio

In the new documentary series of Czech Television for children, Professor Tomas Svoboda introduced our SPOT. The report starts at 6:45 min
read more →

Our scientists tested a special drone in Stara Boleslav

Radiožurnál on Sept 7, 2021 reported on the testing of a special firefighting drone More details in the press release of FEE CTU
read more →

For the eleventh time, Atos honoured young talents in Computer Science with the Joseph Fourier Prize 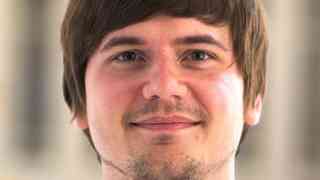 The Joseph Fourier Prize for Computer Science this year was won by the technical universities in Prague, Brno and Ostrava. The competition is organised every year by the French Embassy and the computer section is run by the French IT company Atos. “The aim of the competition is to recognise outstanding scientific work with a …read more
read more →

The results of the DARPA SubT Challenge finals were announced on Friday 24 September at a ceremony in Louisville, Kentucky, United States. The CTU-CRAS-NORLAB team finished second among the top ten robotics teams in the world in the viral competition, earning a $500,000 prize. “We were mainly focused on the main competition with real robots, …read more
read more →

The final round of the DARPA Subterranean Challenge are held on 24 September 2021 at the MegaCavern underground complex in Kentucky, USA. Check out the report that begins at 13:25 min (premiere on 20. 9. 2021)
read more →